Puerto Rico: Stuck on an Island 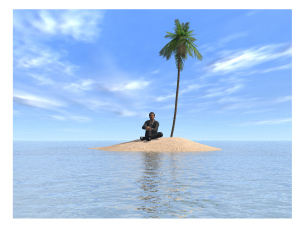 Puerto Rico: Stuck on an Island

The Commonwealth of Puerto Rico’s finances have been coming under fire for the better part of two years.  A sinking economy, a declining population, tax dodgers, corruption, deficit financing, and relatively irresponsible finances, among other things have contributed to a wave of downgrades and $73 billion in debt trading at rather distressed levels.  For far too long the Commonwealth was able to achieve financing through the capital markets, and lured investors with their investment grade ratings and triple tax-exempt status.   The investment grade ratings are gone, less those with high quality credit support, and the market access has proven challenging.  By working through difficult decisions to implement reforms, they are working to restore their capital market access and boost liquidity.  No firm decisions have been made, and the possibility still exists that investors will be paid in full, though rumors of a debt restructuring have surfaced, which could include a moratorium on debt service payments, an extension of maturities, a reduction of interest, and/or a reduction in principal, among other possibilities.  For investors in Puerto Rico, it is critical to understand the underlying bond structure, and to ensure it aligns with their investment objectives.

Bonds issued under the Puerto Rico Sales Tax Financing Corporation (COFINA) held their investment grade status the longest.  COFINA bonds are secured and payable by the portion of the Commonwealth’s sales and use tax allocated to bondholders, and include senior and subordinate claims.  The flow of funds from the point of sales are collected by an authorized agent, and flow directly to the trustee in order to pay bondholders from a net revenue basis.

General obligation bonds are secured either by the Commonwealth’s full faith and credit, or by local property taxes.  In the event pledged funds are insufficient to pay debt service when due, unpledged revenues of the commonwealth may be accessed to make debt service payments in full.

A number of bonds are secured by appropriations from the Commonwealth’s general fund, and can constitute a secured or unsecured obligation.  Such bonds are structured as lease revenue, notes, and pension bonds.

Utility enterprise bonds of the Commonwealth include Puerto Rico Electric Power Authority (PREPA), the Puerto Rico Highway and Transportation Authority (PRHTA), and the Puerto Rico Aqueduct and Sewer Authority (PRASA).  The bonds are secured and payable by net revenues of each respective entity.  These bonds were targeted by the legislature to be eligible for restructuring, though their proposal was deemed illegal by a federal judge.  PRHTA and PRASA did not explicitly state they intended to utilize the restructuring feature if enabled.  PREPA, on the other hand, has dipped into reserves to cover debt service, and bondholders have granted them a forbearance to negotiate an agreement that would best serve all involved parties.  Lisa Donahue, a financial and operational reorganization expert, has been hired as the Chief Restructuring Officer, and is leading the negotiations with the objective of streamlining operations, executing much needed capital improvements, and fulfilling the expectations of bondholders.  The current forbearance agreement has been extended multiple times, with the current agreement set to expire on 6/18/2015.

Puerto Rico has a number of special revenue bonds including those secured by hotel occupancy taxes, excise taxes, and other taxes.  Such bonds are secured by a pledge of special tax revenues, though certain issuers could be subject to a claw back to fulfill more senior obligations.

Lastly, bonds issued by the University of Puerto Rico are viewed as being secured and payable from an unlimited student fee pledge.  Commonwealth appropriations to the University system are not pledged to bondholders, though may be utilized to pay debt service in the event pledged revenues are insufficient.

Puerto Rico is working through their problems.  They successfully voted to raise the sales tax from 7% to 11.5%, which is scheduled to generate approximately $1.2 billion in revenue, while they work to implement a value added tax.  With the proposed implementation of austerity measures, they may have a proposed balance for the upcoming fiscal year.  They also increased oil taxes from $9.25 per barrel to $15.50 per barrel.  Such efforts should hopefully allow them to access the capital markets and boost liquidity.  However, without sufficient economic growth, the risk that these efforts may not be enough certainly exists.

For speculative investors, there could still be opportunity in Puerto Rico bonds, however, for investors focused on preservation of capital, it may be too speculative of a credit.  Focusing on Puerto Rico credits that are insured by Assured Guaranty (A2/AA), or National Public Finance Guaranty (A3/AA-), has been a compelling strategy, as it allows for investors to gain exposure to more speculative credits, while maintaining an investment grade credit support.  For investors that are uncomfortable with their Puerto Rico holdings, it may be prudent to consider liquidating, as it is not worth losing sleep over.  It is also important to ensure that total Puerto Rico exposure does not exceed an investors’ comfort level.  Most importantly, it is critical for investors to ensure their portfolios align with their investment objectives.

This report is prepared for informational purposes only. It is not intended as an offer or solicitation for the purchase or sale of any financial instrument or service.  Market prices and other data may be obtained from outside sources and is not warranted as to completeness or accuracy. Any comments, statements and/or recommendations made herein are subject to change without notice, and may not necessarily reflect those of Alamo Capital.  Past performance does not guarantee future results.  Alamo Capital has no affiliation with any political party. Investing involves risk. Consult with a Financial Professional for additional information to determine the suitability of this or any other financial product or issue as it relates to your particular situation.